Two endangered Baudin's cockatoos are being tracked by scientists in a bid to learn more about their behaviour. 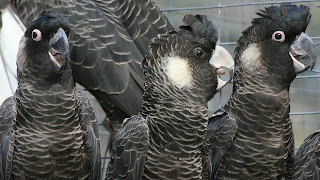 The rehabilitated birds were fitted with satellite tracking devices and released into their Perth Hills habitat last week as part of a trial research project between Murdoch University, the Department of Environment and Conservations (DEC) and Perth Zoo.

"There is limited information about the daily habits of these birds so we are incredibly excited about the data we're starting to gather in this trial," Dr Warren said.

Advertisement
"Initial reports are telling us that the birds have been flying around the Kelmscott area where they were released on Friday, and have stuck together, which is good for their continued well-being.

"They have been actively exploring the area within several kilometres around the release site.