The slaughter embarrassed even the most hard-headed of hunters. More than 800 abandoned duck carcasses that shooters did not bother to pick up. At least 150 endangered ducks killed, many among Australia's rarest. And other dead birds - hawk-like whistling kites and black swans - that look nothing like ducks.

''It's terrible. It's absolutely disgraceful,'' said one of the state's leading duck-hunting advocates, Rod Drew, about the March shootings at the Box Flat private wetland near Boort, in the state's north-west.

The public, including everyone in Game Victoria, is disgusted by what happened and we don't condone it in any way. Any suggestion that we, myself included, failed to do our job, I totally refute that.

But a Fairfax Media investigation can reveal that the shooting spree - the likes of which Victorian authorities have not seen since the early 1990s - could have been prevented. Days before the incident, government officials were tipped off by a concerned hunter with a warning. 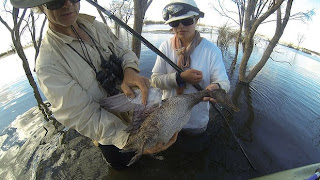 This hunter, acting as an informant, told a Department of Sustainability and Environment official that Box Flat should be watched on the duck season opening weekend. Only a year before, in an incident never reported, trigger-happy shooters had gone to the remote wetland and shot birds indiscriminately.

The shooters had ''shot the shit out of the joint, shot everything that moved'', the informant told the department. There was talk, the hunter added, that it would happen again.