The RSPCA has issued advice on "living in harmony" with seagulls, after a young cyclist was seen "deliberately" riding over one. 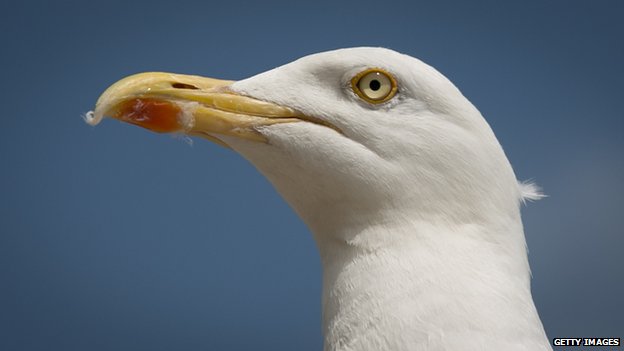 The bird was destroyed after it was paralysed by the bike in Great Yarmouth, on 29 July, the RSPCA said.
Inspector Laura Sayer said it was "a horrific act of cruelty".
The charity's advice includes being sympathetic to young gulls who try to steal chips and placing litter in "gull-proof" bins.
Ms Sayer said two witnesses had heard the "cracking of bones" as a young male cycled over the bird, on Crown Street.
She said: "It was a horrific act of cruelty.
"When I got there the bird was still alive, just, but collapsed and unable to move. The vet said the bird had been paralysed after his spine had been dislocated by the bike."
Ms Sayer said the type of attack was "not as unusual as you would hope" and asked people to be more considerate.
"With the school holidays in full swing it is likely this problem will only get worse," she said.
Continued ...