Puffins stay cool thanks to their large beak 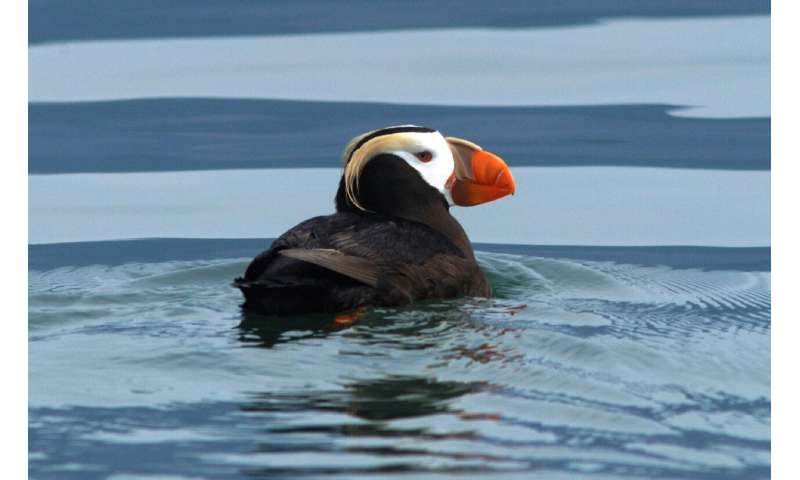 Tufted puffins regulate their body temperature thanks to their large bills, an evolutionary trait that might explain their capacity to fly for long periods in search for food.

In a new study published in the Journal of Experimental Biology, researchers from McGill University and the University of California, Davis, used thermal imaging cameras to measure heat dissipation off the bodies and beaks of wild tufted puffins in the minutes after flying.

Their data showed that within 30 minutes of landing, the temperature of the puffin beaks dropped by 5°C (25°C - 20°C), while the heat radiating from their backs hardly changed. The beak "accounted for 10-18% of total heat exchange despite making up only 6%" of the bird's total surface area.

But why would puffins have evolved such a large bill? Kyle Elliott, a professor in McGill's Department of Natural Resource Sciences, thinks it could have to do with the energy they use when they fly.

Energetically speaking, flying is very taxing to birds. During flight, the thick-billed murre—which is closely related to the puffin—has an energy expenditure 31 times greater than when resting, the largest ever measured in vertebrates. This produces significant amounts of heat, says Elliott, the study's senior author, suggesting that some birds evolved a large bill to help them cool down when they fly.