by University of Glasgow 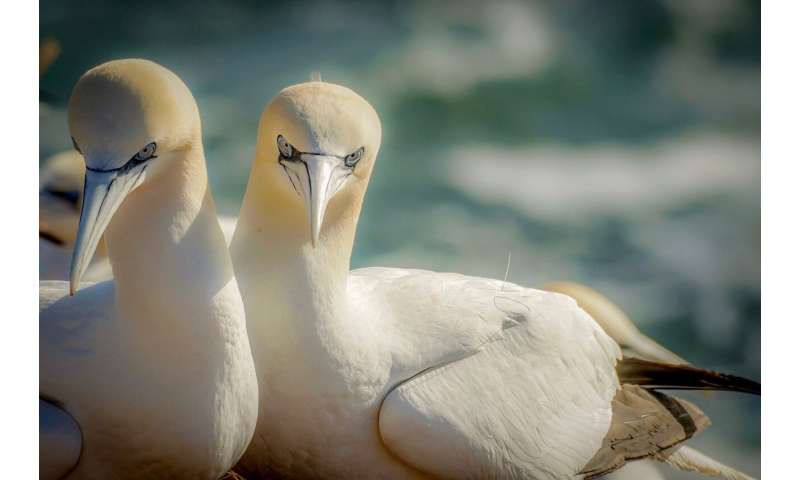 Gannets, the largest seabirds in the North Atlantic, can travel hundreds of miles from their homes just to catch food for their chicks. However, with around a million square miles of ocean to choose from, it has always been a mystery how they decide where is best to search for fish.

Now, new research led by the University of Glasgow and published today in the Journal of Avian Biology, offers new insights into why these iconic shaped seabirds choose to hunt the way they do.

Scientists recorded thousands of gannets commuting to and from the Bass Rock, in the outer part of the Firth of Forth in Eastern Scotland. The Bass Rock houses the world's largest northern gannet colony, with an estimated 75,300 breeding pairs calling it home.

They found that traveling as part of a flock appeared to be about more than just gaining aerodynamic benefits. The researchers were able to show that the more experienced adult birds were often found at the front of commuting flocks, with younger birds following behind. The results add weight to the theory that gannets learn to hunt by following their elders.

Dr. Ewan Wakefield from the University of Glasgow's Institute of Biodiversity, Animal Health and Comparative Medicine, said: "Our research offers a more detailed insight into how and why gannets search for food in the way they do. With such a large expanse of ocean to choose from it has always been a mystery as to how they know where fish are most likely to be found.