Dramatic Yawar festivals are designed to show the triumph of indigenous culture over colonial influence, but the number of condors injured and killed raises fears for the species' survival.

At a raucous mountain festival high in the Peruvian Andes, a brass band and booming loudspeaker herald the arrival of the most eagerly awaited spectacle. 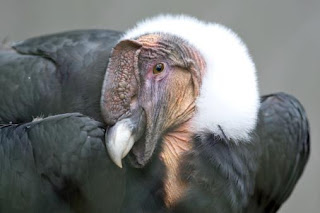 With the wings of an angel and the horns of a devil, the tonne of life that flaps and bucks and charges into the bullring at first resembles a strange mythological beast.

Snorting and kicking up dust, the hybrid – a raging bull with a condor strapped to its back – strikes awe in a watching crowd as it thunders into the arena, then excitement as it repeatedly attempts to gore a matador. The closer the enraged beast comes to a lethal connection, the louder the cheers of "Olé!".

The spectacle is dramatic, comic and tragic at the same time. While the bull provides the sound and fury, the Andean condor on its back cuts a ridiculous and pathetic sight as it flails wildly back and forth, beating its wings to retain balance on a bucking perch.

The ritual appears designed to show the triumph of indigenous culture over colonial influence. The Andean bird rides the symbol of Spanish virility and is then released, while the bulls are often slaughtered.

But there are accidents. The giant bird – the biggest in the western hemisphere – loses feathers and risks breaking bones or being killed if its mount crashes into the wall or stumbles on its side.

Such customs might barely register overseas if they were rare and the population of Andean vultures was abundant. But the opposite is true, which has created a mounting conservation concern.

"We know there are up to 55 Yawar fiestas a year, some of which use several condors. And some condors are dying.