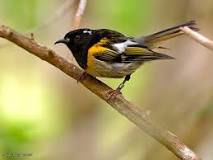 One of 's rarest birds has taken to its new home at with a song.

Forty-four of the hihi or stitchbird - 22 male and 22 female - were released into the park yesterday morning to make it one of only three mainland hihi sanctuaries nationwide. 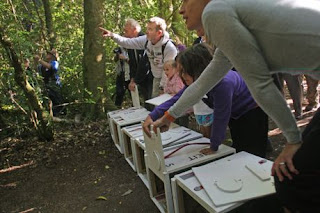 The birds were captured on Tiritiri Matangi island near last Saturday by a team of 13, including Department of Conservation and researchers and staff from 's Taronga Zoo.

Around 100 people turned out in the brisk morning air to see the birds released from their transport boxes, including Bushy Park Trust chairwoman Liz Tennet. She said once the birds flew into the bush several of them began to sing.


"It was awesome, and it was such a historic moment as there's only two other places where the hihi have successfully been transposed onto the mainland.

The hihi project, which has been led by former trust chairman Allan Anderson, had been underway for about five years.

"Today has been the fruition of the process. We've installed food stations and nesting boxes for them which has been done by volunteers, and we've had to ensure they're able to enter a disease-free environment.

"We had a delay about a year because one of the birds was diagnosed with salmonella, but after some testing we established that wasn't a problem. It still set us back for a while."

Ms Tennet said many Wanganui businesses and individuals had contributed, as had a crown Prince from , but more donations would be needed.