What a Bunch of Dodos! Catastrophic Mass Extinction of Birds in Pacific Islands Followed Arrival of First People

Mar. 25, 2013 — Research carried out by the Zoological Society of London (ZSL) and collaborators reveals that the last region on earth to be colonised by humans was home to more than 1,000 species of birds that went extinct soon after people reached their island homes.

The paper was published today (March 25th) in the journal Proceedings of the National Academy of Sciences.

Almost 4,000 years ago, tropical were an untouched paradise, but the arrival of the first people in places like and caused irreversible damage to these natural havens, due to overhunting and deforestation. As a result, birds disappeared. But understanding the scale and extent of these extinctions has been hampered by uncertainties in the fossil record.

Professor Tim Blackburn, Director of ZSL's says: "We studied fossils from 41 tropical Pacific islands and using new techniques we were able to gauge how many extra species of bird disappeared without leaving any trace." 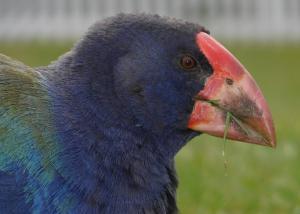 They found that 160 species of non-passerine land birds (non-perching birds which generally have feet designed for specific functions, for example webbed for swimming) went extinct without a trace after the first humans arrived on these islands alone.

"If we take into account all the other islands in the tropical Pacific, as well as seabirds and songbirds, the total extinction toll is likely to have been around 1,300 bird species," Professor Blackburn added.