Blow for Egyptian vulture conservation as tagged bird is poisoned

Balkan Egyptian vulture conservation
April 2013. In 2012, an Egyptian vulture was found suffering from poisoning. The bird was cared for and recovered, and was fitted with a satellite tag before being released. He had recovered well enough to migrate all the way to where he spent the winter.

In spring of 2013, he returned to the Balkans to breed, but, tragically, he was poisoned once again, and sadly this time he didn't survive. He was found dead in , just 200 kilometres from his breeding grounds in , along with another Egyptian vulture that had also been poisoned, probably when eating a carcass that was laced with poison to kill foxes or wolves. 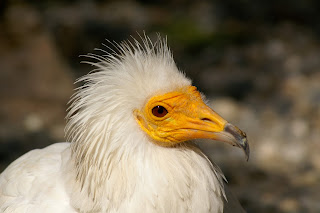 Heavy blow
This is a heavy blow against the efforts to save this species from extinction in the Balkans and . In one single incident, we have lost 5% of the species breeding population in .

Worryingly, this incident was only discovered as this bird was tagged and his location could be followed practically to the metre on a daily basis. The actual magnitude of the losses - of Egyptian vultures, and of many other endangered wildlife species, from the illegal use of poison is difficult to estimate due to its "silent killer" nature, but examples such as this speak for themselves.

The fight against poison is not an easy one as it involves a wide range of socio-economical parameters and certainly needs the joint efforts of all parties involved (livestock breeders, hunters, etc) with that of the public authorities at the lead. Unfortunately, this is not the case at the moment in , where authorities together with society, seem to be indifferent to the problem.

Continued:  http://www.wildlifeextra.com/go/news/egyptian-vulture-conservatoin.html
Posted by CFZ Watcher of the Skies at 4/16/2013 10:02:00 am