DUGWAY PROVING GROUND — Wildlife biologists are on the scene of an unusual natural disaster.

A huge flock of birds thought they were making a splash-down in water Monday morning, but instead crash landed on hard ground at Dugway Proving Ground. 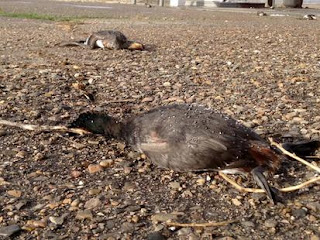 As many as 5,000 birds hit the ground, and about a third of them died from the impact.

A group of Eared Grebes, a kind of migratory water fowl also known as Black-necked Grebes, stage at the . They are currently at the peak of their migration season. These waterfowl were looking for water and were fooled by the snowstorm. Because of the birds’ body structure, they cannot take off without water.

The challenge has not only been to clean up the area, but to rescue whatever birds can be rescued. Many have broken wings and legs. So far, approximately 2,000 birds have been rescued.

"We want to save as many as we can, responsibly collect them, handle them and release them,” said Robbie Knight with Dugway Proving Ground. The surviving birds are being transported as quickly as possible to the nearest water, which is a smaller pond on base.

From there, biologists say it'll take the birds, which still got soaked in the ordeal, about 24 to 48 hours to dry off to their normal state, preen and take flight again.

Dugway’s Environmental Programs Office, along with the Utah Division of Wildlife Resources and the U.S. Fish and Wildlife Services. are working together to save the birds.

"Whether they want to land on a wet asphalt surface that looks a lot like a lake, or the weather just pushes them to the ground, whatever pushes them down, they end up in large numbers on the ground,” Knight said. 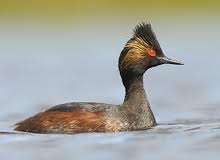 The birds that did not survive will be picked and transported later. To report sightings of birds, call 435-831-3448.

Experts said such an incident is not that unusual Scientists say it happens perhaps every couple of years somewhere in the state.

In December 2011, thousands of migratory birds were killed or injured after apparently mistaking a Wal-Mart parking lot in , a football field and other snow-covered areas in southern as bodies of water. They plummeted to the ground and crashed. More than 3,000 birds were rescued, but as many as 1,500 died.