Posted Wed Feb 27, 2013 1:47pm AEDT
A nest of extremely rare sea birds has been discovered off the far south coast.

The pair of Fluffy Goulds Petrel was found by the National Parks and Wildlife Service on near Narooma, earlier this month. 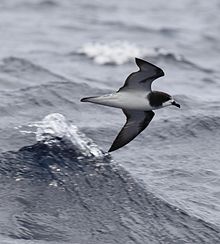 Shorebird Recovery Officer, Amy Harris, says it is the first time the birds have been found at the site.

"It's a great discovery!” she said.

“The Goulds Peterel is the first sea bird in New South Wales to have its status downgraded from endangered to threatened.

Dr Harris says it is now only the fourth known breeding ground for the bird.

"We have one pair on the island which have a chick at the moment,” she said.

“They like to nest in very rocky, steep locations and we suspect there's a few more nests in inaccessible parts of the Island that we're yet to get to."